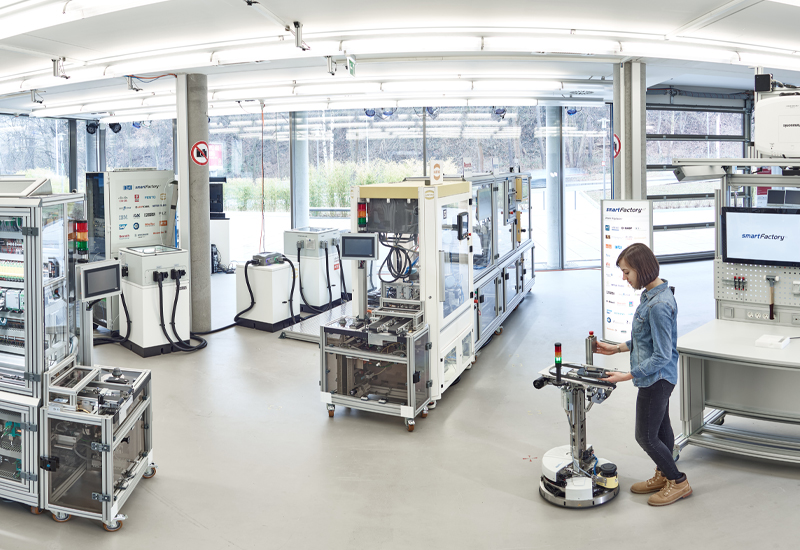 The SmartFactory KL e.V. technology initiative was established in 2005 in Kaiserslautern and now consists of more than 50 organisations from different fields of research. The initiative aims to bring together industrial and research partners within a common network in order to implement joint industry 4.0 projects for the factories.

Being a one-of–a-kind manufacturer-independent demonstrator and research platform, it aims to evaluate and further develop the innovative information and communication technologies in a realistic, industrial production environment.

The SmartFactory KL e.V. focuses on a manufacturer-independent standard, which enables it to have a flexible system expansion by utilizing RFID tag standard, an OPC-UA communication platform and standardisation of the hardware, such as different modules with specific mechanical functions, thus facilitating the use of IT systems in the production process.

The second, Industry 4.0 demonstrator, aims to provide human-centric support using AI in the manufacturing system. This demonstrator consists of different modules such as storage, transport robot, and supply infrastructure and is used to improve the production line in the areas such as anomaly detection, condition monitoring and predictive maintenance among many others. 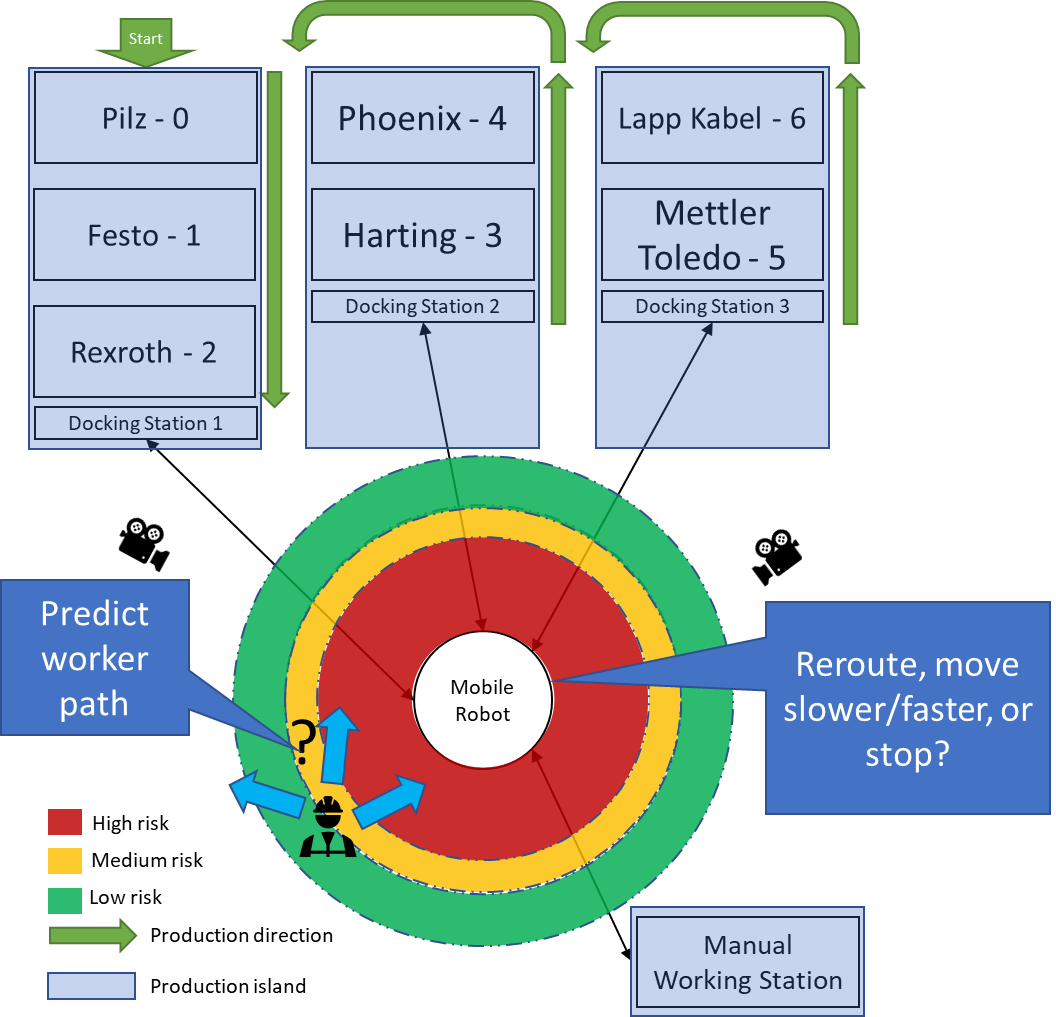 STAR project will use the Industry 4.0 demonstrator of the SmartFactoryKL to realize its use cases at DFKI. The mobile robot shown in the figure above is already working autonomously to perform repetitive tasks, such as bringing the products between other modules (stations). It can also stop when it detects obstacles. What we want to achieve in the STAR use cases, is to ease the robot’s reconfiguration, when the coordinates of the modules change. Moreover, we want to increase the safety features of the robot with the help of fixed cameras. Instead of stopping the robot in case of a (possible) obstacle, we want to include reinforcement learning (RL) methods to re-route the robot, thus keeping the production rate high.

First, we plan to record several scenarios in different conditions (e.g., light). Then, based on the collected data, we will train the AI models to automatically detect the coordinates of the modules. Later, by recording some human activity, we predict human’s next activity to estimate the collision possibilities with the robot. Finally, combining these two algorithms, we will control the robot navigation to reach its path without causing any downtimes.

The solutions developed by the STAR project will add new novel functionalities to the demonstrator, which will be also introduced to the SmartFactoryKL lab’s collaboration partners.