STAR is organising a series of Pilot cases co-creation workshops 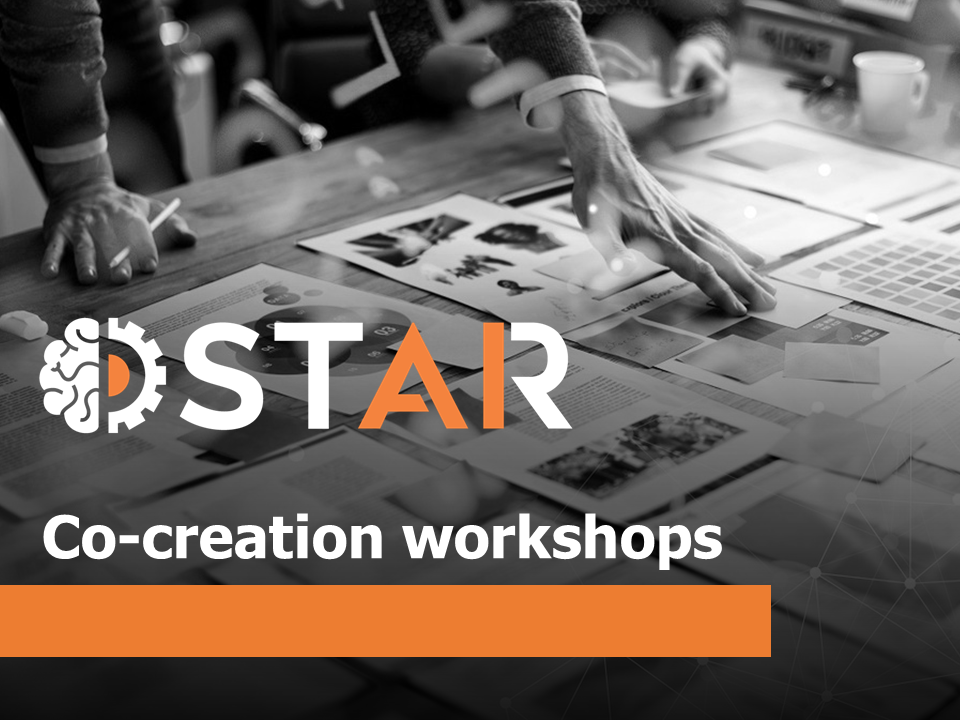 STAR is organising a series of Pilot cases co-creation workshops

How best to integrate humans and AI in modern and future production facilities? The common viewpoint (and fear sometimes) is that AI will be replacing humans on everyday tasks. Is this always desirable? Or would it be best that AI can aid human operators in manufacturing? How about the often overlooked possibility of humans contributing to the AI loop? What about the vision of the factory of the future wherein human and AI actors act in synergy: their joint contribution can be much more than the sum of their parts. What are the (positive and negative) effects of such integration on the manufacturing jobs of the future? How best to assess the successful integration of AI and humans in such production environments? What is an appropriate design approach for their effective integration?

The STAR project organises a series of co-creation workshops, focused on real industrial pilot applications aiming to shape appropriate models for human - AI collaboration in Industry 4.0 - enabled factories and beyond. The working teams, including manufacturing experts, technology and AI solutions providers, together with researchers active in these areas, will work together to co-create realistic designs and implementation scenarios for Human-Centric AI in real industrial environments.

Crucially, the STAR project will bring the relevant stakeholders together to extent this co-creation approach as integral part of an agile development process which includes design, interim development and testing, and final deployment and evaluation, ensuring the delivery of safe, trusted, and human-centric AI integration in manufacturing environments.

The workshops will be deployed in three phases: (1) definition and design; (2) early development and testing; and (3) final development and testing. In phase 1, the functional and non-functional requirements, user stories and task scenarios will be evaluated and co-created. Participants will propose, represent, interrogate and reflect on the different scenarios, while proposing ideas and visions which are based on the actual use context, and propose importance/priorities for different criteria. Workshops in phase 2 will focus on the evaluation of the interim version of the pilot systems. Participants will visualize, simulate and experiment with the pilot system, supported by mock-ups and prototypes. The workshops in phase 3 will focus on the final version of the pilot systems and will additionally propose final user testing scenarios, as well as usage scenarios for wider stakeholders external to the project.

The three of the first phase for the design of human-centric AI for the STAR three Pilots have already taken place and proved to be productive and rich in contributions workshops. More information for each of the workshops is provided below:

Stay tuned to get more about each of the upcoming workshops and check their outcomes!